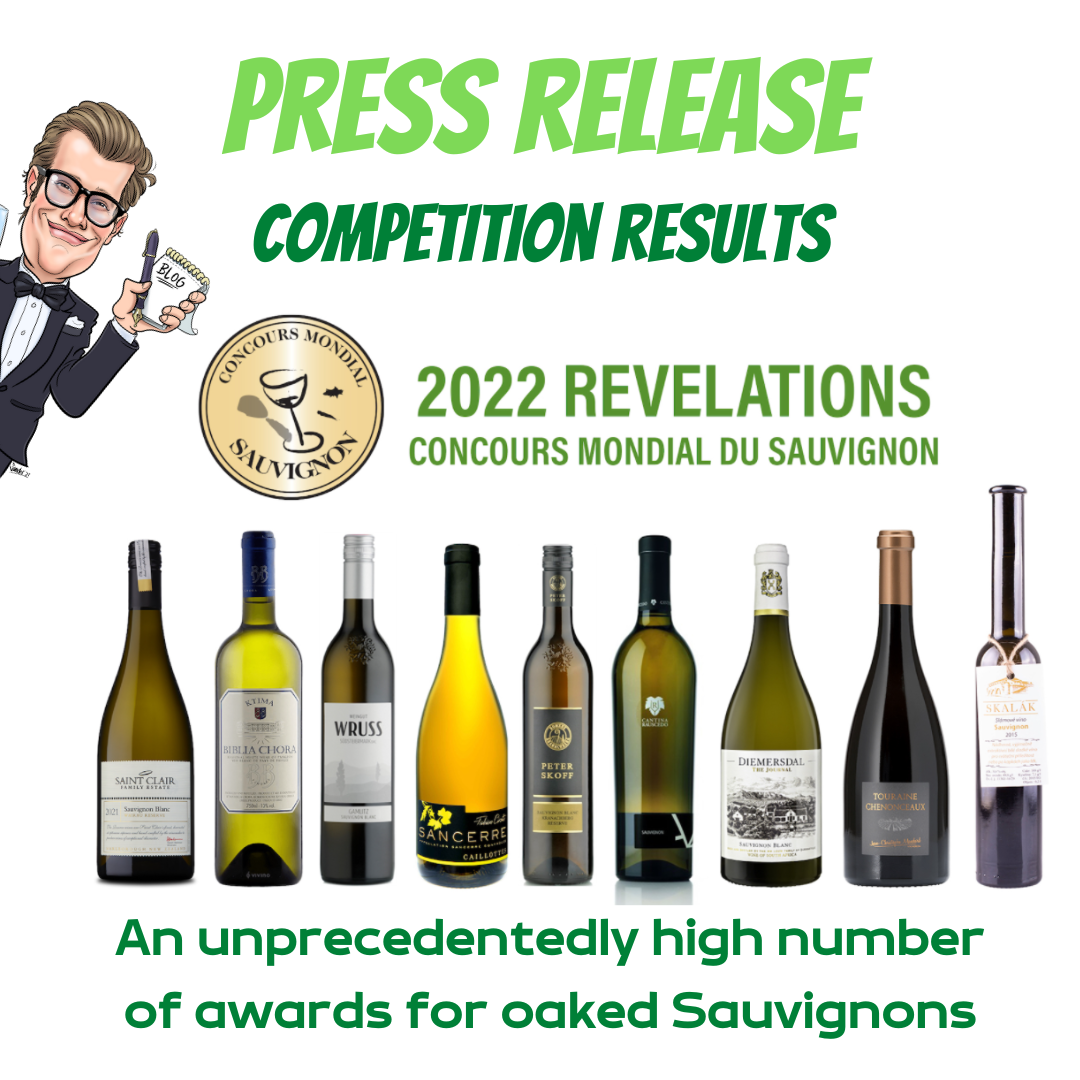 The results of the 2022 Concours Mondial du Sauvignon

An unprecedentedly high number of awards for oaked Sauvignons

An unprecedentedly high number of oaked wines were entered in the competition this year – 225, or a fifth of total entries. Most of the oaked Sauvignon wines came from Styria and Bordeaux. And they performed extremely well, with 35% of them receiving medals.

In 2022, the top five countries by number of medals are France, Austria, Italy, South Africa, and the Czech Republic.

Over twenty nationalities, including South Africa, Australia and Canada are represented on the tasting panel, thereby guaranteeing the outstanding diversity that sets the Concours Mondial du Sauvignon apart from other wine competitions.

Following the guidelines of the OIV and the International Oenologists’ Organisation, the Concours Mondial du Sauvignon grants accolades to a maximum of 29% of total entries.

To ensure consumers the highest level of satisfaction from the awarded wines, the organizers conduct subsequent checks on award-winning entries after the competition, by comparing a selection of those products with an anonymously bought sample from the same batch.